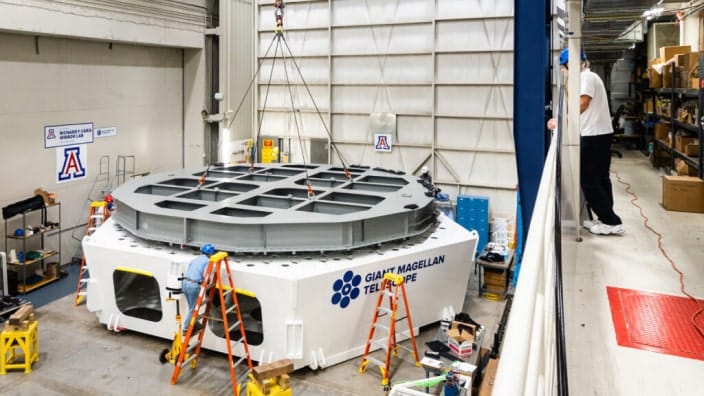 PASADENA, CA — The GMTO Corporation has received a $17.5 million grant from the National Science Foundation (NSF) to accelerate the prototyping and testing of some of the most powerful optical and infrared technologies ever engineered. These crucial advancements for the Giant Magellan Telescope (GMT) at the Las Campanas Observatory in Chile will allow astronomers to see farther into space with more detail than any other optical telescope before. The NSF grant positions the GMT to be one of the first in a new generation of large telescopes, approximately three times the size of any ground-based optical telescope built to date.

The Giant Magellan Telescope and the Thirty Meter Telescope (TMT) are a part of the US Extremely Large Telescope Program (US-ELTP), a joint initiative with NSF’s NOIRLab to provide superior observing access to the entire sky as never before. Upon completion of each telescope, US scientists and international partners will be able to take advantage of the program’s two pioneering telescopes to carry out transformational research that answers some of humanity’s most pressing questions, such as are we alone in the universe and where did we come from.

“We are honored to receive our first NSF grant,” said Dr. Robert Shelton, President of the GMTO Corporation. “It is a giant step toward realizing the GMT’s scientific goals and the profound impact the GMT will have on the future of human knowledge.”

One of the great challenges of engineering revolutionary technologies is constructing them to operate at optimal performance. The Giant Magellan Telescope is designed to have a resolving power ten times greater than the Hubble Space Telescope — one of the most productive scientific achievements in the history of astronomy. This advancement in image quality is a prerequisite for the GMT to fully realize its scientific potential and expand our knowledge of the universe.

“Image quality on any telescope starts with the primary mirror,” said Dr. James Fanson, Project Manager of the GMTO Corporation. “The Giant Magellan Telescope’s primary mirror comprises seven 8.4m mirror segments. To achieve diffraction-limited imaging, we have to be able to phase these primary mirror segments so that they behave as a monolithic mirror. Once phased, we must then correct for Earth’s turbulent atmospheric distortion.”

Phasing involves precisely aligning a telescope’s segmented mirrors and other optical components so that they work in unison to produce crisp images of deep space. Achieving this with seven of the world’s largest mirrors ever built is no easy task. The immense size of the GMT’s primary mirror requires a powerful adaptive optics system to correct for the blurring effects of the Earth’s atmospheric turbulence at kilohertz speeds. In other words, astronomers need to take the subtle “twinkle” out of the stars in order to capture high-resolution data from celestial objects thousands of light-years from our planet.

The NSF grant enables the GMT to build two phasing testbeds that will allow engineers to demonstrate, in a controlled laboratory setting, that its core designs will work to align and phase the telescope’s seven mirror segments with the required precision to achieve diffraction-limited imaging at first light in 2029. This includes a full-scale prototype of the primary mirror support and control system that delivers active optical control. The testbeds will be developed at the University of Arizona Center for Astronomical Adaptive Optics (CAAO) and the Smithsonian Astrophysical Observatory (SAO), while actuator testing and integration of the primary mirror support will be developed at Texas A&M University.

The NSF grant also enables the partial build and testing of a next-generation Adaptive Secondary Mirror (ASM), which is used to perform the primary mirror phasing and atmospheric distortion correction. This work will be developed in contract with AdOptica.

“Our seven Adaptive Secondary Mirrors take this technology to the next step,” said Dr. Fanson. “No one has attempted to use seven ASMs before the Giant Magellan Telescope. They are probably the most advanced tech we have on the telescope, and their success is a top priority. We need to test and validate their performance early on in the project.”

Astronomers will use the GMT’s high-fidelity adaptive mirrors and other revolutionary adaptive optics technologies to detect faint biosignatures from distant exoplanets — one of the GMT’s primary scientific goals.

This work is part of a larger $23 million joint-award to the Association of Universities for Research in Astronomy (AURA) and the GMTO Corporation over the next three years. The GMT project is the work of a distinguished international consortium of leading universities and science institutions. 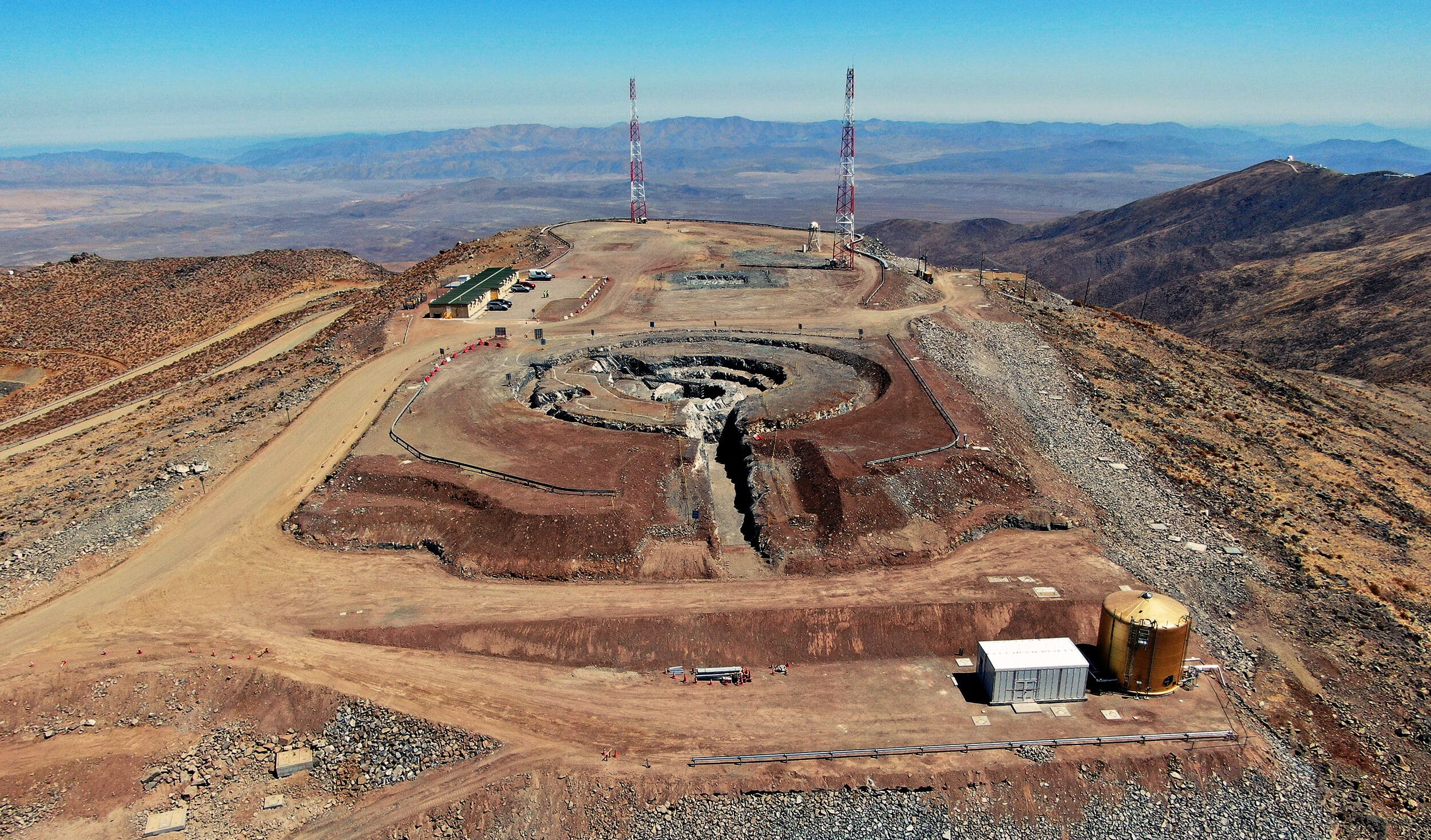 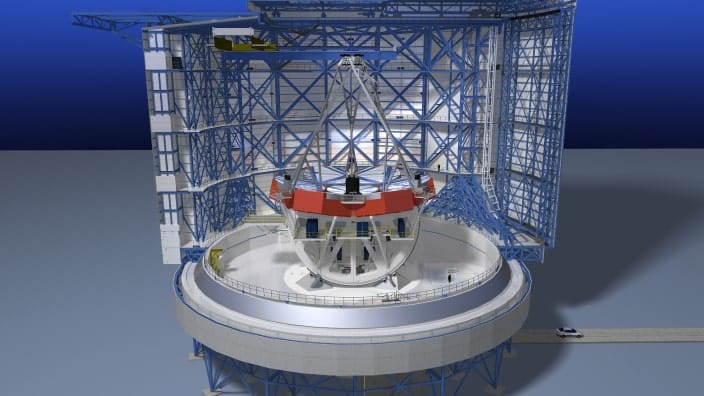 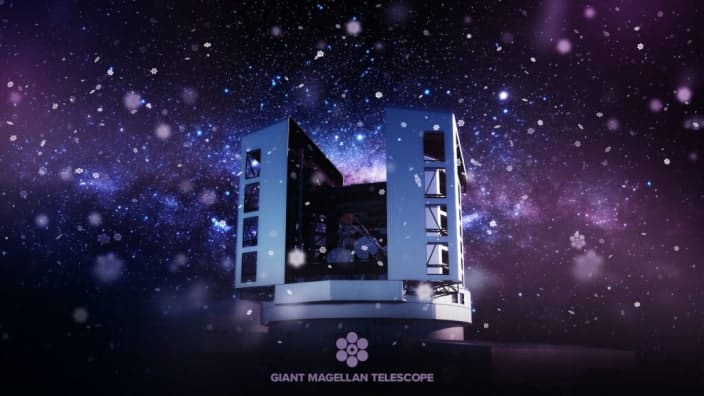